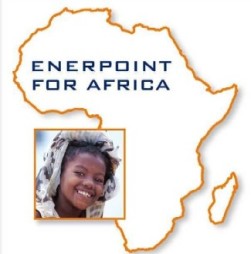 Enerpoint has a strong ethical stance,  manifested in their decision to promote solar energy and in their keenness to fund sustainable development projects in underdeveloped areas.

Starting in 2005, Enerpoint partners chose to earmark a part of their profits annually for charities and aid organisations working above all in Africa.Three in particular were singled out: "Friends of  Angal", the "Suore madri della Nigrizia Comboniane", missionary nuns, who have been working for the Ugandan people for many years and "Semi di Rosa".

Here are the projects launched and brought to completion by Enerpoint.